Founded in 2000 by Nedeljko Sandic, a master welder with experience in the Pola shipyards, home to the most prestigious ships in the Mediterranean, Metalsan was formed as a spin-off company from Cordioli & C SPA, a former leading company in the metal construction sector that had Valeggio sul Mincio as its main production site.

Metalsan's development was considerable, so much so that just ten years later the company had 22 employees, which increased to 40 in 2016. Over the years Metalsan has produced all the components used for structures that form part of the motorway system and industrial areas across Europe.

The family's influence in the running of Metalsan began when Vojka Sandic joined the company and started working in the company’s accounts and finances during the company's first years in business.

Mladen Sandic, the family's first son, joined the company as part of the production team and then gained across-the-board experience in every company role, right up to management level. Among the qualifications he achieved there is his Mechanical Engineering Diploma, various qualifications in the sector and the prestigious Master's Degree in Welding from the Italian Institute of Welding in Genoa. In 2018 he obtained a Masters in Project Management Professional at the Luis Business School.

In 2016 the second son Drazen Sandic joined the company's management, who had graduated with honours in Civil Architecture at the Milan Polytechnic. After completing a Masters in Entrepreneurship and Business Strategy (MISA) at SDA Bocconi in 2017 he finished his studies as a qualified Architect in 2018.

During 2018 the new production plant at Metalsan will complete the transformation of the external and internal layout, allowing the company to add to its twenty years of business with machinery and production methods that will push it to be a leading company in the future for processing steel and carbon steel 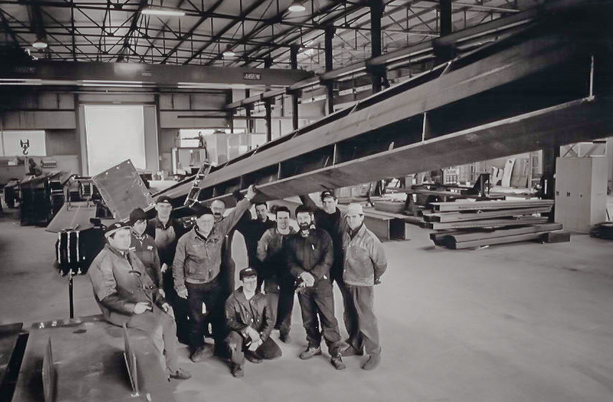